You heard that right, Kell and I are engaged! What some may have thought was a moment way overdue, finally happened. It was all part of a reverse surprise plan successfully pulled off with the help of our friends.

The engagement planning started not too long ago when I decided in early October that I was going to head to the jeweler just to browse, but actually left that day having purchased the ring. After being talked out of doing a holiday proposal, I decided on a day that hopefully Kell would have no idea it was happening, my birthday.

The plan was to “pop the Q” at Devil’s Lake State Park the afternoon after my birthday. She had no idea. Now I wanted pictures of the moment, but having paparazzi might have given it away, so what did I do? Invited our friends. All to Kell’s surprise, our friends were more than happy to join, but they actually were supposed to be the ones surprising me due to Kell’s attempt at a birthday surprise. Busted!

The morning started out slow as we recovered from the birthday celebrations the night before, but eventually, we made it. What a beautiful day it was. 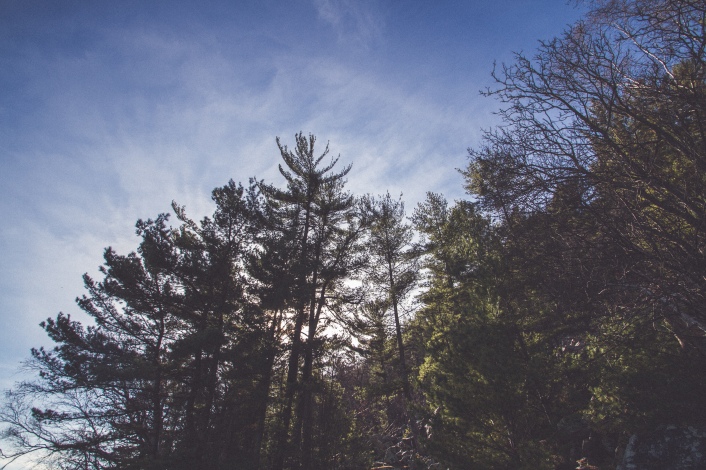 After a J Crew hike/photoshoot we finally arrived at what I thought was “the spot”. I paced around for a while as I contemplated the view for the pictures. Finally, I gave our friend Gary the nod. Everyone else sort of stepped back as I asked Kell to take a picture on the ledge. She came out and down to my knee I went. 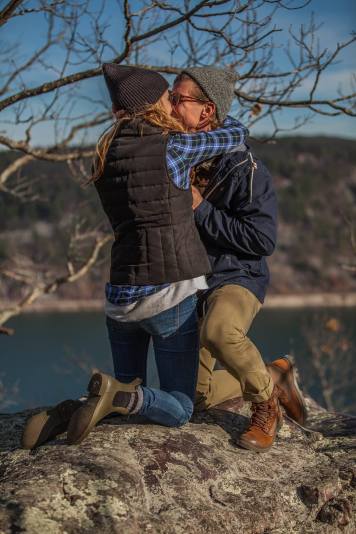 Well, she said “yes”! She was totally surprised and hadn’t a single clue! Success! It was the perfect moment and I was so excited that our friends were involved. After all, they’ve put up with us for six years.

We spent the rest of the night celebrating in downtown Madison. The perfect ending to a crazy 23rd birthday weekend!

The first month of planning has been fun so hopefully we can keep it that way. No stress allowed here!